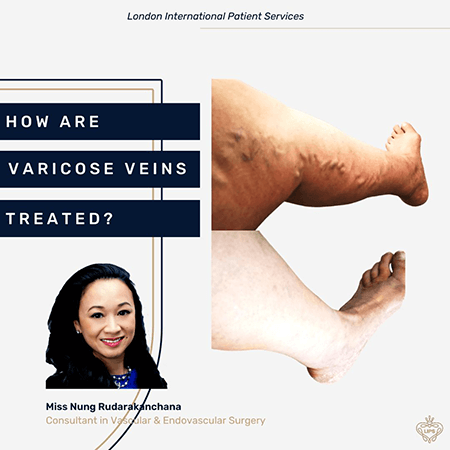 Varicose veins aren’t a minor or purely cosmetic problem; they can cause significant pain and distress. Many patients I meet have put up with their painful legs for a long time before they come to see me, because they believed their symptoms were a normal part of everyday life, or part of the natural aging process.  Some female patients tell me they’ve previously had their symptoms dismissed or have been advised to simply “put up” with how their legs feel and look.

Treating varicose veins is very rewarding – “this is the first time I’m going to be able to wear a summer skirt since I was 18” a patient recently told me.

What are varicose veins?

When blood is pumped from the heart to the tissues, it travels via arteries, which have smooth muscle in their walls, assisting the flow of the blood. Veins differ from arteries in that their walls are much thinner, and they contain valves to assist the follow of blood, by resisting the action of gravity.

When the valves inside a vein begin to fail, blood tracks back in the wrong direction (known as venous regurgitation). The more this happens, the more blood “pools” in the veins, producing “varicosities” and the blood pressure in the veins elevates, further compounding the problem. Varicose veins are part of an overall condition called Chronic Venous Insufficiency (CVI). When blood isn’t being moved out of the legs well, fluid collects in the soft tissues and our legs begin to swell. One in three people will experience CVI symptoms in their lifetime, and it’s more common in women, and people over the age of 50 years.

Sometimes varicose veins can start during a pregnancy, and there is evidence that family history of vein problems has a strong influence over whether you’re likely to develop them too.

Patients who have experienced a blood clot in one of their veins - deep vein thrombosis (DVT) - also have a high risk of developing chronic venous insufficiency.

What are the symptoms of varicose veins?

Varicose veins typically appear as swollen, bumpy, or twisted veins in the legs and feet. They may be dark blue or purple, and they can produce a number of symptoms including:

Achy legs, swollen legs, or a feeling of heaviness

Tenderness over the veins, and throbbing or muscle cramps in the legs

Skin discolouration and itchiness around the veins

Longer term, they can cause significant skin changes, such as lipodermatosclerosis (which is an inflammation of the layer of fat under the skin, leading to skin thickening), and venous ulcers.

How are varicose veins assessed?

When you come to come to clinic, I’ll ask you lots of questions about your veins, and the problems they may be causing you, including how you feel about the appearance of your legs. I’ll examine your legs and veins, and then carry out a colour duplex ultrasound scan of your legs.

This enables me to assess your circulation and look for where there may be damaged valves in the veins, as well as assessing the arterial health of your legs. I carry out the scan with you in a standing position, so that we can see the effects of gravity on your veins. I’m able to offer a consultation and ultrasound assessment as a ‘one stop’ clinic visit.

How are varicose veins treated?

In the past, the treatment for varicose veins was an invasive surgical technique known as “stripping”. This involved a general anaesthetic, a long recovery, and a high recurrence rate of the veins.

This is a “walk in, walk out” minimally invasive procedure, which can be carried out with local anaesthetic, and no need for a general.

Once the skin has been numbed, a tiny puncture is made for access, and under ultrasound guidance, a very thin fibre is threaded into the faulty vein.

At the end of the fibre is a laser. The laser is gently pulled through the length of the vein, and the heat that it generates seals off the vein (known as ablation). This is repeated until all the veins have been treated.

In addition to the ablation, I might add in a second technique treat small varicose veins, known as foam sclerotherapy. This is an injection into the lining of the vein, which stimulates the vein to shrivel, and then be slowly resorbed by the body.

The entire procedure takes around an hour and a half, and you can return to work the same day. I recommend that compression stockings are worn for one week, and I encourage at least half an hour of walking a day. After one week, you’re able to return to the gym.

Endovenous Laser Ablation is highly successful procedure, and the recurrence rate of varicose veins after EVLA is low- around 5-10%. Should veins recur (e.g. after pregnancy), it’s easy to repeat the procedure.  For patients who may be needle phobic, the treatment can be performed under a sedation 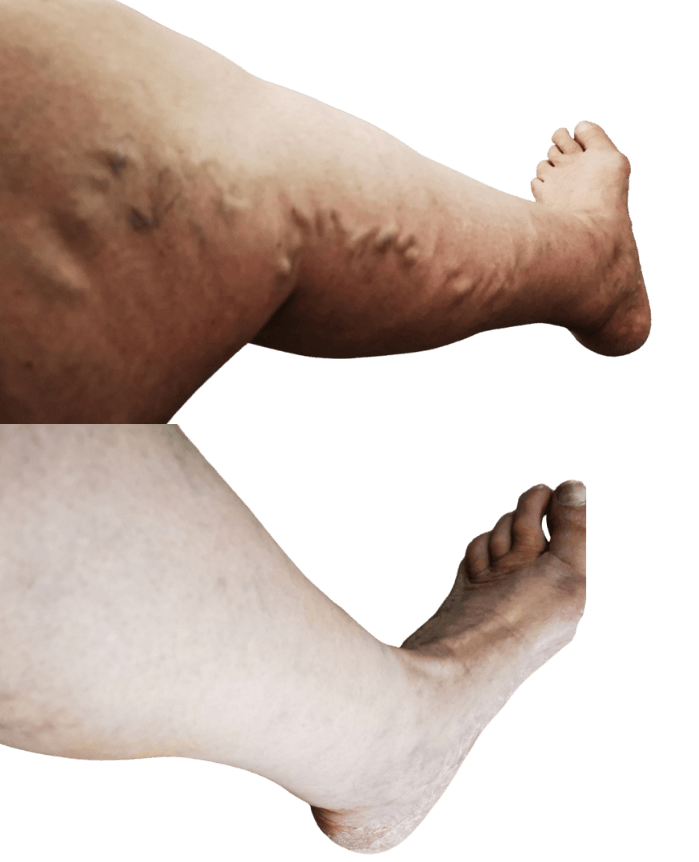 Before and After: Varicose Vein treatment with Endovenous Laser Ablation

Varicose veins can affect any area of the body, including the vulval area. These most often occur during pregnancy when there is increased blood flow within the pelvis. They can be extremely distressing. If they persist after pregnancy, they can be treated with sclerotherapy or surgery.

Veins return blood from the tissues to the heart, and they contain valves to ensure that blood flows in the correct direction.  Thread veins (aka spider) are small veins under the surface of the skin which can occur because they become overfilled by abnormally functioning “feeder veins”.  Thread veins can occur anywhere on the skin surface, but commonly the legs and face.

Thread veins give our legs an unsightly appearance, but they can be easily treated with an in-clinic procedure called microsclerotherapy.

A small amount of a drug is introduced into the faulty veins through a series of tiny injections. The drug stimulates an inflammatory response within the veins, which seals up the veins over the course of several days, during which there may be some bruising or a burning sensation. I advise wearing compression stockings for one week, but you’ll be able to resume your normal activities after the procedure. 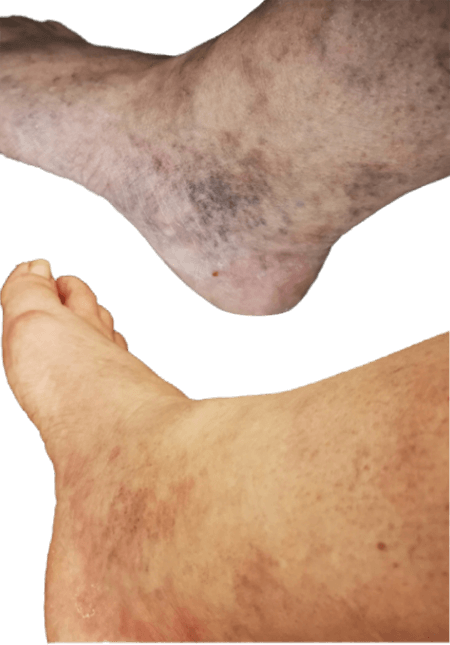 Before and After: Thread Vein treatment with foam sclerotherapy

It's my wish for patients to have healthy, comfortable legs, and also to be happy with the appearance of their legs.  I’ve over 18 years of experience of treating varicose and thread veins, and I was one of the very first users of Endovenous Laser Ablation.

If you’re experiencing problems with your veins, or if you’re concerned about their appearance, I’m here to help. 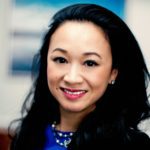 Miss Nung Rudarakanchana is a Consultant in Vascular Surgery at the London Clinic, The Wellington Hospital, and the Clementine Churchill Hospitals.

To make an appointment for a consultation: